Acme is more than a company the Road Runner buys from

I was a commuter student in college. My first three semesters, I took two buses to get there. In my fourth semester, I purchased a ten year old car. I thought I was getting a dependable one as the previous owner was a mechanic. It was really a piece of junk. I learned how to replace brakes, clutches, transmissions, and motors in that car. I spent half my life repairing it and the other half studying for college. The alternative was to take two buses to school.

Then came the day I needed a summer job. I walked into the auto parts store and placed my order for parts. Since these were my friends, I casually looked at them and said, “Do you know anyone who is looking to hire someone?”  He looked at me and said, “I thought you worked at Acme Tool.”  At that moment, the world stopped. I had hoped for the rapture (no such luck) or that the floor would collapse under me and I’d go to the basement (didn’t happen either). I don’t remember my response. I do remember mumbling something. I knew at that very moment that I had lost my credibility with them. How would they ever respect what I said? Would they believe anything I’d share? How could I witness to them about Jesus? I had no credibility. I never darkened that auto parts store again. I couldn’t face them. I didn’t want to know what they thought of me.

It can be said that our reputation is all we have. I want to believe that I am a person of my word. I was not. Today I may not lie about working at Acme Tool but I can lie when I am not honest about my opinion regarding a situation or how someone treats me. If I say it is fine when it is not, I have lied. When I say I like something when I don’t, I have lied. When I stay silent on something when I should speak up, I have committed the sin of omission. I didn’t act with integrity.

Someone wrote, “Ten Things People with Integrity Do Differently.”  The author is unknown.

A company’s brand is not its color, font or logo. It is what the public thinks of it. What is Toyota’s brand? It is very dependable. What is your brand?

There is a scripture verse that says, “A good name is more desirable than great riches.” 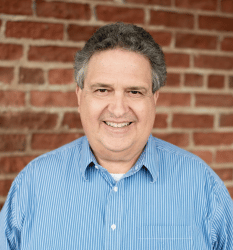